SGLT2i in Diabetic Kidney Disease: Beyond the Glucose- Live on zoom JUNE 9th 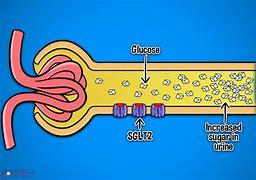 SGLT2i in Diabetic Kidney Disease: Beyond the Glucose- Live on zoom JUNE 9th

The latest in the ever changing world of treating the older adult for Diabetes Mellitus.

In order to receive credit you must attend the live zoom activity  then complete the online evaluation & quiz.

At the completion of the activity, the participant will be able to:

Shanice Coriolan, PharmD, BCPS is from Long Island, NY. She graduated from Albany College of Pharmacy and Health Sciences in 2019. After graduation, Shanice continued her training at NYU Langone – Long Island (NYULI) where she completed her PGY1 pharmacy practice residency and staffed as an inpatient pharmacist immediately after the completion of her residency. In her current role as the LIU-NYU PGY2 Ambulatory Care resident, Shanice divides her time between NYU Langone and Brookdale Medical Center managing a diverse patient population. She is an active member of New York City Society of Health-System Pharmacist (NYCSHP) and currently serves as the grassroots advocacy chair where she advocates for policies that optimizes the role of a pharmacist. She also serves as a member on the New York State Council of Health-system Pharmacist (NYSCHP) Diversity, Equity and Inclusion board. In her spare time, she enjoys reading, trying new foods, traveling to different countries, and spending time with her family and friends.

Shanice Coriolan PharmD has no conflicts of interest with the activity content.

Cost:
$15.00
Please login or register to take this course.

This activity will be presented over zoom. You have already received the zoom information. Some phones and other small devices do not function as well as a laptop or desktop.