Home » An Update on Pneumococcal Immunization... 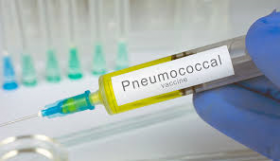 Since 2008, pharmacists in New York State have been authorized to administer a variety of immunizations. This includes pneumococcal vaccines for adults eighteen years of age and older. A majority of these vaccines are administered using a standing order or protocol from a physician or nurse practitioner. In these cases, the guidance to be used according to regulations is issued by the Advisory Committee on Immunization Practices (ACIP).

She obtained her Doctor of Pharmacy degree from Northeastern University in Boston, Massachusetts in 2015. She completed a PGY-1 Pharmacy Practice Residency at the VA Ann Arbor Healthcare System in 2016 and a PGY-2 Ambulatory Care Pharmacy Practice Residency at the University of Illinois at Chicago in 2017. Following residency, she served as an Assistant Professor of Pharmacy Practice at Rosalind Franklin University of Medicine & Science in North Chicago, Illinois from 2017 to 2020. She served as an ambulatory care faculty preceptor in the specialty clinics of Infectious Disease and Pulmonology at the Captain James A. Lovell Federal Health Care Center in North Chicago, Illinois serving both active duty military and veteran populations.

Cost:
$0.00
Please login or register to take this course.

You need to be able to see the video and hear  the sound for this CE.